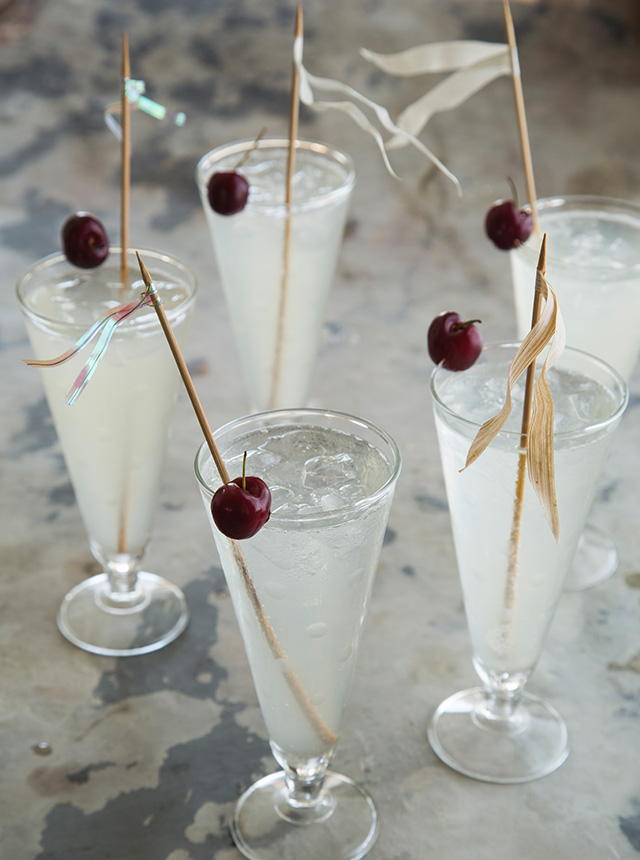 Named after a prank that was played on the unsuspected citizens of New York in 1874, the Tom Collins cocktail has earned itself the reputation of one of the most iconic gin based cocktails of all time.

The original hoax went something like this: A friend would tell you, with great concern, that he just overhead someone named Tom Collins at a bar down the road saying harsh and libelous things about you. You would rush to the bar just to be told by the barman that Tom Collins has just left for a bar a few blocks away. When you get there Tom Collins has of course already departed to yet another drinking hole. As you chase your own tail around town, your friends would roll around with laughter.

Not in on the joke, newspapers in cities across America were soon reporting on sightings of the loud and boisterous man, Tom Collins, who where known for saying hateful things about those he knew, or often those he didn’t. “Tom Collins Still Among Us,” the Decatur, Daily Republican reported in June 1874. “This individual kept up his nefarious business of slandering our citizens all day yesterday.” When the papers eventually realized it was all just a practical joke, they got in on the prank and gamely continued reporting on sightings of the slanderous man.

It does not take much imagination to connect the dots on how Tom Collins came to be a drink. How many individuals have to barge into a bar demanding Tom Collins before the bartender obliges with a cocktail so-named? In fact, you will be forgiven for wondering whether the faux-man Tom Collins wasn’t a marketing stunt to promote pub-crawling in the first place.

Speaking of deceptions, be careful when ordering a Tom Collins cocktail at a bar these days. You might not get a drink made with fresh lemon juice, but with that mainstay of the lazy bartender – prefabricated lemon-lime sour mix. You want to avoid this as much as mashed potatoes made with dehydrated potato flakes, or the black plague of the 13th-century.

The ultimate Tom Collins cocktail is made with the juice of an actual lemon, a dash of sugar syrup, the obligatory tot or two of gin and a splash of fizzy water. Then all you need is somewhere in the shade – and someone else to prune the roses.

Shake the gin, lemon juice and sugar syrup with ice in a shaker and strain into an ice-filled collins glass. Top up with soda water, lightly stir and garnish with a slice of lemon or a cherry and there you have it – the perfect Tom Collins cocktail.

Thanks to our friends at Hope on Hopkins for sharing this cocktail classic ; Styling and Production and Styling: Liezel Norval-Kruger ; Photography: Kleinjan Groenewald

Looking for the best new food experiences, recipes and other foodie news? Subscribe to our newsletter and we’ll keep you informed. We pinkie-promise to only send you the good stuff. You know – tasty new experiences, fun outings, a few exclusive offers… SIGN UP
0 Shares
Facebook 0
Twitter 0
Pinterest 0
Mail 0
WhatsApp 0
Facebook Messenger 0

Discover the coolest Cape Town breakfast spots to kick-start your day in the most delicious way. If you’re…
106 Shares
95
11
Positano and the rest of the rugged Amalfi coast is a mecca for delicious Cucina Povera favourites from seafood…
71 Shares
18
53
We don’t know about you, but we feel like gin is having a bit of a moment and…
7 Shares
6
1
If you go mushroom foraging in Cape Town, you’re in for a BIG surprise. That is, provided you’re…
7 Shares
3
4
While everyone knows Cape Town is one of the top food capitals of the world with a hot…
0 Shares
0
0
Rich and evocative of the forest, Tuscan tagliatelle ai funghi (tagliatelle with mushrooms) is a typical regional dish from Tuscany.…
54 Shares
0
54
Back to top